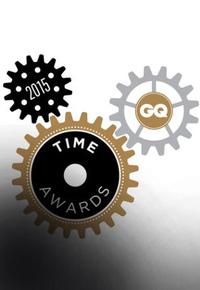 (10/2015) The Junghans Meister Chronoscope wins first prize in the GQ Time Award in the Entry Level Watch category – making it one of the finest men's watches of the year.

(10/2015) At Harrods, the world’s most famous department store, Hublot was proud to welcome its ambassador, José Mourinho, for an exceptional event held in the Men’s Luxury Collections on the Ground floor, with VIP guests, clients, style influencers and press.

(09/2015) Breitling is delighted to congratulate its partner, Aude Lemordant, on her magnificent victory at the FAI World Aerobatic Championships 2015 held in Châteauroux (France). The young Frenchwoman, who is also an airline pilot on Boeing 777, entered the world of aerobatic competitions in 2005 and rose swiftly through the ranks. 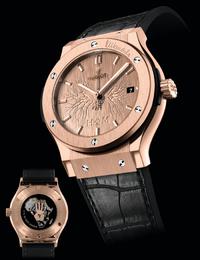 (08/2015) His name is synonymous with freedom, hope and dignity. The father of today's democratic and multi-racial South Africa. He became the country's first black President in 1994. Nelson Mandela, also known as "Madiba" – who passed away in 2013 at the age of 95 – was, without a doubt, one of the world's most influential spokesmen on human rights. 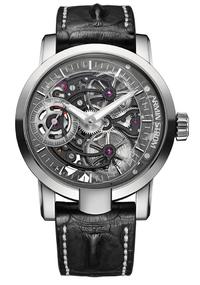 (08/2015) ARMIN STROM's Skeleton Pure Only Watch edition 2015 will be auctioned for charity at the highly anticipated, biennial Only Watch event on November 7 in Geneva. The auction benefit supports scientific and medical research regarding Duchenne muscular dystrophy.

(08/2015) The Rado Star Prize Austria 2015 has entered its final round! Austrian designer Rainer Mutsch is now presenting his installation “Pulse”, which deals with the definition of time. A stylized quartz crystal continuously radiates pulsating light which then becomes visible on the object’s surface as a unit of time. 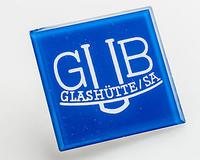 (08/2015) 25 years after the German reunification, the German Watch Museum Glashütte honors the achievements of the former Glashütte designers, watchmakers, toolmakers and precision mechanics with a special exhibition. Despite the often difficult circumstances, they managed to keep the tradition of watchmaking alive during the GDR era.

(07/2015) The ARMIN STROM Sailing Team debuts a striking new sail design as it competes in the Great Cup 32 sailing series across Europe this season. Led by top sailor and ARMIN STROM ambassador Flavio Marazzi, the GC32 catamaran reaches speeds up to 40 knots and appears to soar airborne.

(06/2015) Rado launched its brand new DiaMaster models, inspired by the theme of “Modern Alchemy”, at a glamorous event today at the Pace Gallery in the Dashanzi Art District, Beijing, China. Rado CEO Matthias Breschan was joined by brand ambassador Tang Wei as they introduced guests to the magical and extraordinary world of plasma high-tech ceramic. 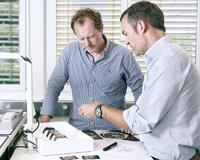 (03/2015) What happens when the adventurous creator of a car rally famous for its exuberant, rock 'n' roll attitude, enters the reserved world of Swiss watchmaking?

(01/2015) The German watch manufactory Glashütte Original, co-partner of the 65th Berlinale, and the “Perspektive Deutsches Kino” section awarded for the fourth time the “Made in Germany – Perspektive Fellowship” to a young German filmmaker. The EUR 15,000 fellowship for the development of a screenplay is funded by the Saxon watch manufacturer to support young talented German directors in implementing their upcoming projects.

(10/2014) Britain's Nigel Lamb won the 2014 Red Bull Air Race World Championship on Sunday, October 26th with a dramatic victory under pressure at the season finale in Spielberg, Austria. With a fourth place finish in front of a sell-out crowd of 35,000 spectators, Austria's Hannes Arch ends up second in the overall ranking.

(10/2014) Today Sölden in Austria saw the launch of the 2014/2015 Alpine skiing season, which for Longines will be characterised by youth. Longines is indeed delighted to offer its support to the best up-and-coming Alpine skiers through the Longines Future Ski Champions race, which will take place in Val d'Isère the same weekend as the women's World Cup races.

(08/2014) OMEGA has served as Official Timekeeper of the Youth Olympic Games since the inaugural edition in Singapore in 2010 and will again be on hand at every venue to time, measure, record, display and distribute the results of each competition for all 28 sports, including the programme’s two newest events, golf and rugby.