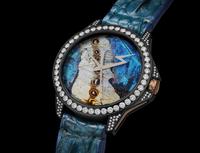 ArtyA has developed its own COSC-certified movement “ArtyA Aion”, to be used in its Son of Earth, Son of a Gun and Son of Art collections. The chronometer-rated automatic movement features a rose gold rotor and finishes that include côtes de Genève, spotting and snailing.

In 2017, Breguet gave a new face to its Marine line through a revamped aesthetic style, combining a sense of modernity and dynamism: an original bracelet lug, reworked fluting, as well as a crown surrounded by a wave decor and adorned with a wider “B.” 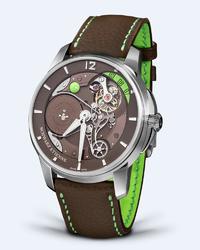 The SCHWARZ ETIENNE Roswell 08 is a truly unique-looking watch that merges vibrant aesthetics with a high-tech manufacture movement and a special dial layout. Proudly displayed to the left of the dial is SCHWARZ ETIENNE’s innovative date mechanism where the date operates through a drive system that is equipped with a quick date setting feature as well as a safety mechanism. 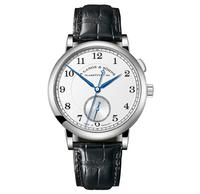 In general, mechanical timepieces can be recognised by their "creeping seconds" hand. Depending on the balance frequency, the hand advances from second to second in five to ten steps. In short-time measurements, however, where seconds count in the literal sense, constant progression sometimes makes it difficult to pinpoint the beginning and the end of an event. 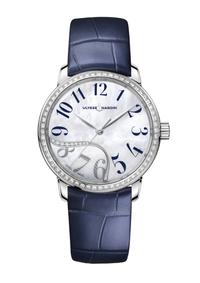 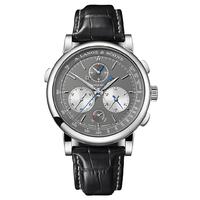 A new dimension in timekeeping SIHH 2018: The new TRIPLE SPLIT by A. Lange & Söhne 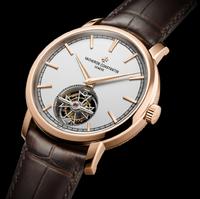 A modern expression of the grand Geneva watchmaking tradition, the aptly named Traditionnelle collection is enriching its palette of horological complications with two bright stars in the mechanical watchmaking firmament: the complete calendar and the tourbillon. 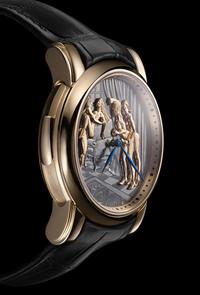 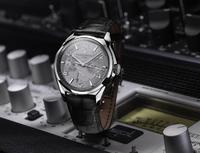 Offering the keys to modern elegance and relaxed refinement. Imagining a collection with a cosmopolitan style that is both contemporary and historically inspired. Such is the personality of the FIFTYSIX® collection unveiled at the SIHH 2018. 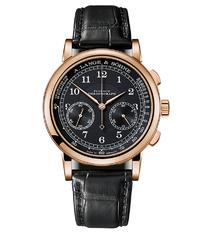 Accurate to one-fifth of a second Preview SIHH 2018: The 1815 CHRONOGRAPH in pink gold

The 1815 CHRONOGRAPH is the perfect choice for purists in search of a technically flawless stopwatch that is reduced to the quintessential functions. The slender chronograph sweep seconds hand is activated with a pusher at 2 o'clock. It indicates the time with a resolution of one-fifth of a second. 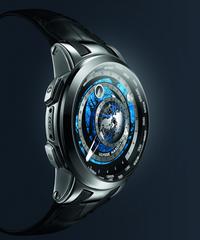 Our solar system is composed of a star, eight planets, 175 satellites, and billions of particles of interplanetary dust. And yet, human beings spend their whole lives alongside just two celestial bodies: the sun and the moon. 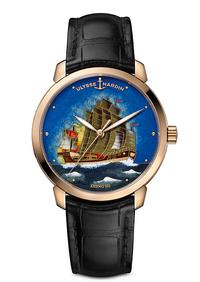 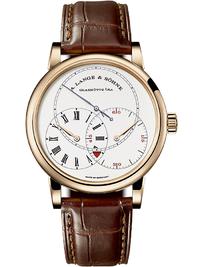 With the unique combination of a jumping second, a constant-force escapement, a ZERO-RESET mechanism, and a prominent regulator dial layout, the RICHARD LANGE JUMPING SECONDS plays in a league of its own. The platinum model that had its debut last year is now followed by a second version in pink gold, also in a limited 100-watch edition.

The Senator Tourbillon – Edition Alfred Helwig appears to contradict the law of gravity in two ways at once: The untiring rotation of its Flying Tourbillon resists the pull of gravity, and the filigreed mounting reinforces the impression of pure weightlessness. 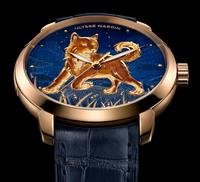 In 2018, Ulysse Nardin introduces the “Year of the Dog” Timepiece to the Classico Collection. Determined and hard-working, the brave canine can reach impressive heights of achievement. With his innate honesty, generosity and loyalty, he has real leadership qualities, and finds it easy to make and keep friends.