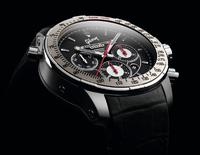 Music has always inspired family-owned Raymond Weil for mould-breaking timepieces. The latest offering from the music-loving watchmaker celebrates the one-and-only Gibson guitar, an icon of modern music played by the greatest rock, jazz and blues musicians, from Eric Clapton to U2's The Edge, from Jimi Hendrix to the legendary BB King.

Swiss watchmaker Raymond Weil, who founded the family business that bears his name, has died on 26 January in Geneva, aged 87. Raymond Weil founded the luxury brand in 1976, when the Swiss watchmaking industry was in disarray due to the so-called “Quartz crisis” – during which electronic watchmaking methods resulted in a decline in traditional mechanical timepieces, which had been the speciality of Swiss craftsmen.