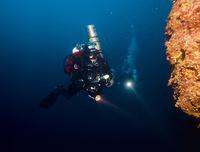 “North Sea expeditions are a hobby of mine. I love wreck diving and I’m a keen treasure hunter.” These are the words of a man who has been diving for sunken ships in the North Sea since 1998. Andreas Peters was born in 1973, and raised in the town of Meldorf in Schleswig-Holstein, Germany. As a professional technical diver, he is driven by an extraordinary passion. 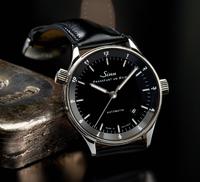 The Frankfurt Financial District Watch Model 6068 represents a successful combination of aesthetics and functionality which offers outstanding clarity and ease of use. The watch thus seamlessly joins the popular series which has won many fans since its launch in 1999, both in Frankfurt and beyond. 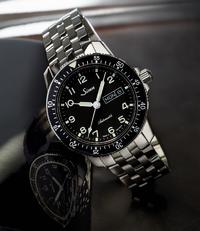 The 104 St Sa A is a classic pilot's watch in the SINN tradition. The dial is clearly structured, with its three hands providing optimum readability of the time, date and day of the week down to the second. The pilot's bezel with minute ratcheting can be rotated on both sides and is securely attached to the case. 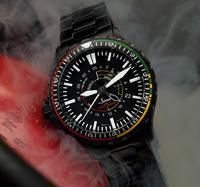 Sinn Spezialuhren has designed the the Mission Timer (EZM) 7 S for use in the toughest conditions – it is particularly resilient to the penetration of water and dust, to scratches, temperature change and the influence of magnetic forces. Thanks to its colour-coded rotating bezel, the EZM 7 S is easy to operate, making it child’s play for people using breathing protection apparatus to set and read off key durations – from CSA to LPA. 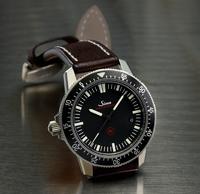 The EZM 3F is a classic pilot watch, featuring a countdown pilot’s bezel with minute ratcheting. For better readability, the two-way rotating bezel has a striking, luminous triangular main marker at 12 o’clock. 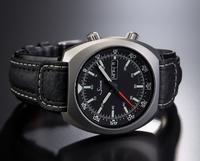 Key functions and clarity are the all-important features of the 240 St. With its classic design based on traditional styles, the 43 mm diameter 240 St is distinguished by those unique characteristics which mark it clearly as a Sinn watch. These include a resistance to low pressure and pressure resistance up to 10 bar. 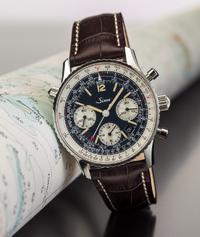 In addition to a fascinating variety of features, the navigation chronograph 903 St B E boasts a functionally reliable dark blue dial with luminous ivory coated hands and indices. Watch lovers appreciate the attention to detail – and the impressive clarity in how the functions are arranged. 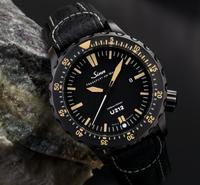 The Diving Watch made of German submarine steel BASELWORLD 2015: SINN U212 S E

The U212 S E is the only model with a diameter of 47 mm, making it our biggest diving watch to date. The interplay between the high-quality Black Hard Coating and the ivory-coloured coating for indices, hands and numerals is truly striking. While the colouring is in a vintage style, the features of the U212 S E are absolutely state of the art.

You’ve been on the road for five hours now. You’ve mastered the mountain pass with its hairpin turns, and are now ready for the next time trial. Rallye racing requires extreme precision and reliable functionality. And that’s exactly what the 917 rallye chronograph delivers.

Alpine hairpin turns, glaring midday sun, a sudden rainshower – and you’re in the middle of a time trial at a specified speed. Classic car rallies require much more than a love of nostalgic cars. To be successful, you need concentration and excellent control of your vehicle, and both the driver and the navigator must exhibit extreme precision. You need reliable instruments like the set of dashboard clocks from SINN.

During a burglary in Mainhausen near Offenbach on November 17th 2006, approximately 120 high-valued watches were stolen, predominantly by the brand Breitling, as well as jewellery and cash money with a total value of about 1.000.000EUR. Among the stolen goods were also some unicums, including a men’s wristwatch by the brand IWC, a double chronograph with a platinum case, which was provided with a platinum bracelet as a part of a special design.